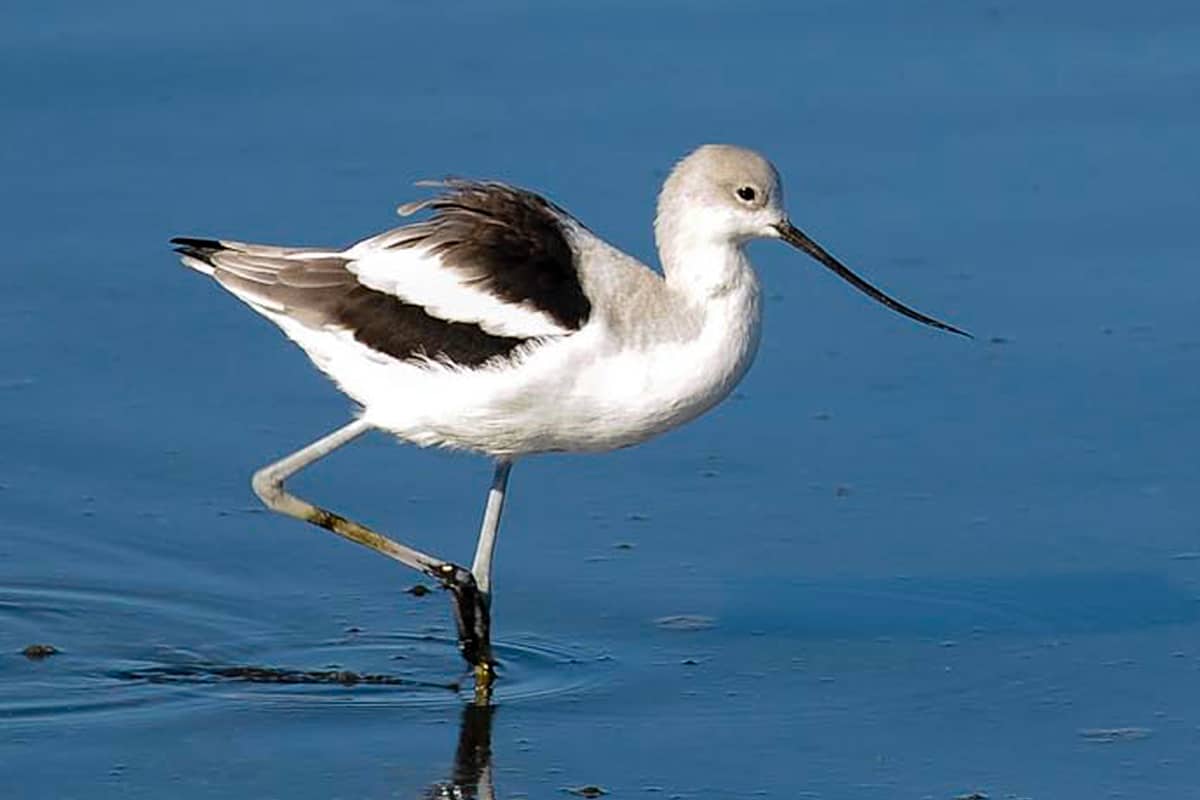 Beth Huning served as the San Francisco Bay Joint Venture Coordinator from 2001-2018, and was a driving force behind its establishment. While working at Audubon, she collaborated with the first Joint Venture (JV) Coordinator, Nancy Schaefer, and colleagues Marge Kolar (USFWS), Marc Holmes (The Bay Institute), Holly Andree (Ducks Unlimited), Carl Wilcox (CDFW), and others to plan and launch the SFBJV. She was also the third chair of the SFBJV Management Board, and knows the JV from the perspective of both staff and partner alike.

Beth has been devoted to wetlands conservation for most of her career. Prior to becoming JV Coordinator she served as Manager of the Richardson Bay Audubon Center and was doing wetlands conservation work throughout the west. With a degree in Geography, Beth’s graduate work was in non-profit management, including a fellowship at Stanford University’s Graduate School of Business Center for Social Innovation. As Coordinator, she enjoyed working with all the SFBJV partners and tried to provide some extra assistance to non-profits who are carrying out the JV mission, but have fewer resources than the funding partners and larger agencies.

When asked about her work with the JV, Beth said “she discovered there is no typical day in the life of a JV Coordinator. It’s a fine balance between moving forward with a work plan and being available to respond to partners’ needs and surprises.” Rather than spend all her time in an office on e-mail, she elected to spend most of her time with partners to help them plan and deliver their projects. That meant going to a lot of meetings, including organizing those meant to address work of the JV committees, tackling a specific program or issue and representing the collective perspectives of the JV and Management Board policy. Other examples included participation on the steering committee of the Baylands Goals update for climate change, development of the Estuary Blueprint (SFEP), the Climate Adaptation Decision Support project to help guide JV partners as they plan for climate change, and providing JV input into the development of the SF Bay Restoration Authority and funding guidelines. This kind of involvement helped “ensure that regional plans were well coordinated with the needs of resource and land managing partners who deliver the projects.” To her, some of the most rewarding work involved helping partners develop their projects including design nuances, funding, and bringing other partners to the table to help important projects get done.

Of the many highlights over her years as Coordinator, Beth loved the times a partner told her “we couldn’t have done it without you and the JV”. She also found the problem-solving required to help secure wetland parcels that may otherwise have been lost to be incredibly satisfying. Examples during her tenure included when the JV provided funding to partners to assess the impacts of the proposed casino at Sears Point in 2003. The resulting analysis generated the documentation and messaging needed to help stave off the casino and raise public awareness about the values of wetlands in the region. The acquisition of Skaggs Island was another highlight, particularly because the transfer of the Navy portion to the FWS was problematic. “Keeping tabs on the status of negotiations, generating ideas for alternatives when strategies failed, talking to partners and securing their buy-in, facilitating meetings, and just refusing to hear ‘’no” ultimately led to that transfer. It was a matter of meeting with the right people, having FWS staff in the right positions at the right time and all of the JV partners agreeing on the importance of the acquisition, willing to step up, change policy, move money and do whatever it takes.” Projects like that don’t happen without a watchdog and coordinator, a role that Beth played well in this and many other projects over the years!

With 37 years managing wetland conservation programs in the Bay Area behind her, Beth has decided to give herself the gift of time and turn the operations of the JV over to the next generation. She will remain available on a project-by-project basis until a new SFBJV Coordinator is found (early 2019) and will be available to partners to help them with projects on a contractual basis.

Mostly though, Beth plans to enjoy more time with her elderly dog, Sadie, who has been at her side for her entire career at the SFBJV. While Sadie can no longer go on long hikes, they can do road trips together, and Beth hopes for at least a couple more of these with her, knowing that some day she will be back exploring exotic locations in far corners of the world. As an avid photographer she also relishes the thought of spending more time in the field behind the camera and at the computer making magic from her images. [You can find her work here.] And in a totally different persona, Beth can be found at bellydance events around the region! She’s been dancing and performing for 23 years. She also loves river rafting, and after 15 years in the lottery, she landed a permit for a private self-supported trip for 16 river rats during the month of June 2019 down the Colorado River through the Grand Canyon. It appears Beth will have no problem filling or fully enjoying her retirement.