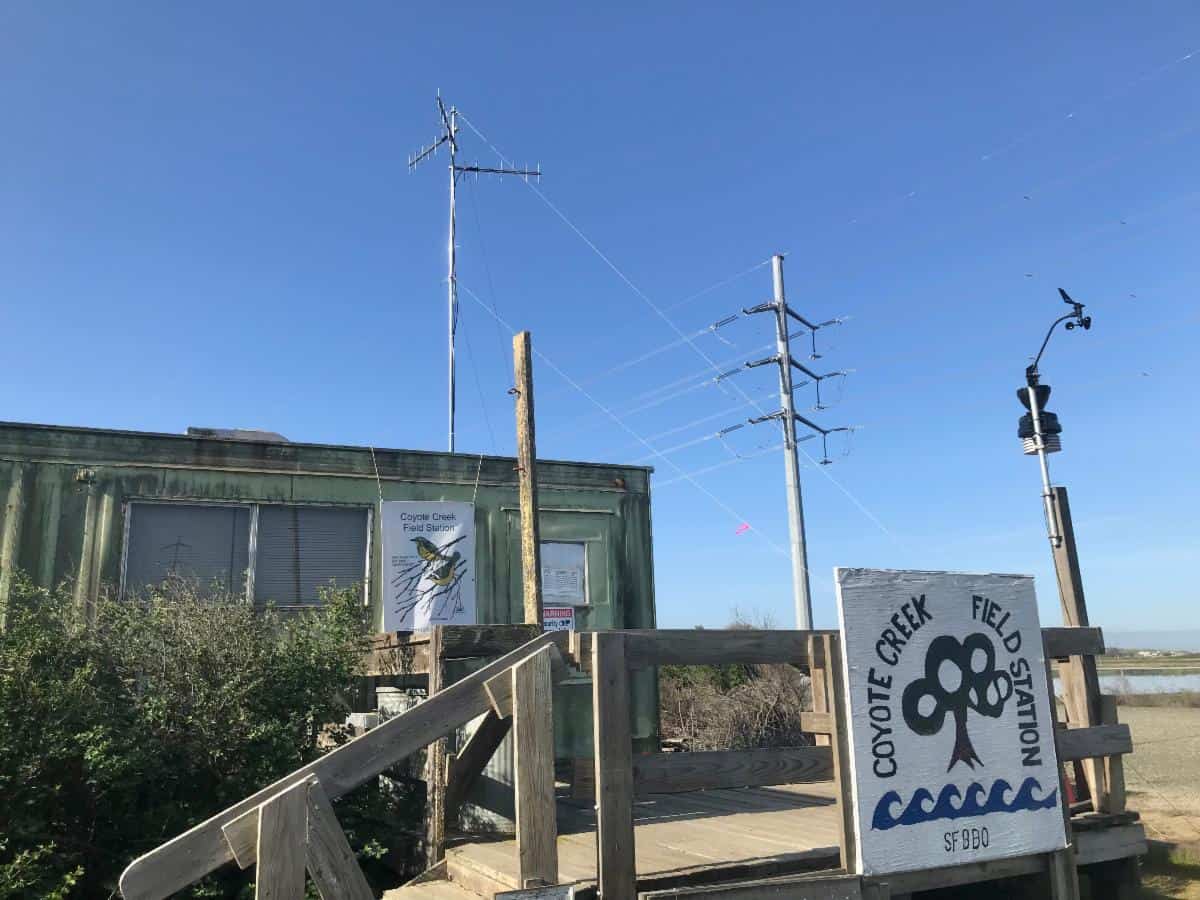 Motus towers have arrived in the South Bay!

The Motus Wildlife Tracking System (Motus) is an international collaborative research network that uses coordinated automated radio telemetry to facilitate research and education on the ecology and conservation of migratory animals.

These radio telemetry towers track the locations of an array of animals including birds, bats, and dragonflies. For almost a decade, a large network of Motus towers throughout the eastern United States have been providing new insights into how birds use energy when they migrate, what exact paths they take, how fast they travel and what influences the timing of their migration. One impressive finding according to Katie LaBarbera, the Landbird Program Science Director with SFBBO, is the discovery about a Swainson’s Thrush who travelled nearly 3728 miles in just 34 days!

Here on the West Coast we have far fewer towers and in San Francisco Bay – a key migration stopover site along the Pacific Flyway – we’ve had zero … until now. Over the course of the last six months, thanks in large part to the vision and leadership of the San Francisco Bay Bird Observatory (SFBBO), our region has added four new towers, with two more imminently on the way. The first, funded by Ca. Dept. of Fish & Wildlife, was installed at Eden Landing in November. Three others were funded thanks to multiple organizations including the SFBJV, the San Francisco Bay Restoration Authority, California Wildlife Foundation, U.S. Fish & Wildlife, Facebook, and other individual donors. Of these, the one (pictured in the photo) is up and running at SFBBO’s Coyote Creek Field Station in north San Jose meaning that for the first time, animals utilizing the southern tip of the South Bay can be detected. Two more towers await delivery of their antennae which have been delayed due to supply chain issues. Once they are all installed, these South Bay towers will be able to track Western Sandpipers and Dunlin as they traverse the Pacific Flyway, Red-necked and Wilson’s Phalarope whose migratory pathways remain largely unknown; and San Francisco Bay Area endemic subspecies including Alameda Song Sparrows and Salt Marsh Common Yellowthroats, among others.

Motus is mostly organized via regional working groups that have shared Google documents and an email list serve. Currently there is no region-specific website, however SFBBO has plans to develop one soon after the last towers go up. Data will be used and shared to guide decisions about habitat management, particularly regarding which areas to prioritize for conservation or restoration based on bird use. You will find a map of all the tower locations at motus.org and Katie is available if you have questions or want to get more involved.